There is no one type of cruiser.  We are men and women, young and old, gay and straight.  We are from different places, backgrounds, ethnicities, and races.  We speak with different accents and different languages.  We fall along a wide spectrum of political beliefs, incomes, and pursuits.  But there is one thing we all like to do:

Today we took part in our first Cruisers’ Thanksgiving.  This is a tradition in many parts of the country with large cruiser populations, and for once we were at the right place at the right time.

The celebration was held at the Brunswick Yacht Club on the Brunswick Landing Marina grounds.  The marina generously provided the turkey, ham, rolls, drinks (wine, beer, soda, and water), and paper goods.  Attendees brought a side dish or a dessert.  The offerings were varied and outstanding, and we think there may have been about 200 people attending.

The room was full of good smells and laughter amongst friends.  Short of being with our family, we couldn’t have picked a better way to spend the day.  We are truly thankful to be part of such an inclusive and friendly clan.

To our friends and family across the country, we hope you had a wonderful day.

Line #1 formed on the left side of the room.  The promised land is the island shown in the upper right side of the photo.  Line #1 was popular because it went past both the beer and wine section and the dessert section, both on the left wall.

Line #2 had dispersed by the time I took this photo.  At the height of the frenzy, both lines snaked the length of the room and curled back on themselves. 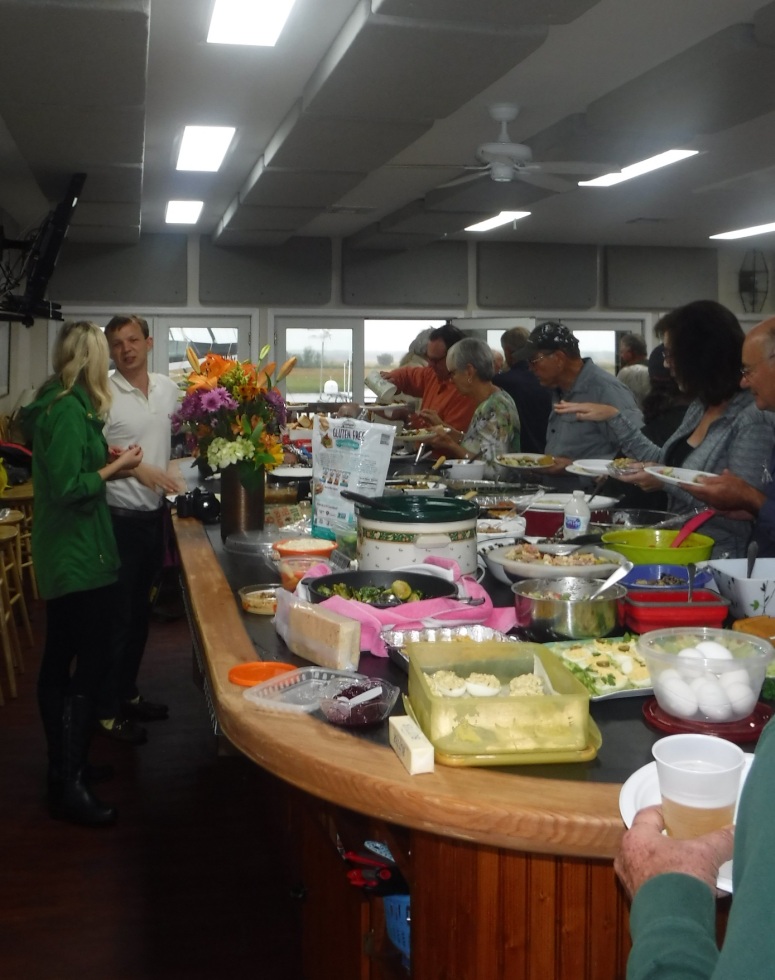 Michael, the General Manager of the marina, and his wife, Erin, kindly served up food.  They also photographed attendees to add to a photo montage that is made each year and then hung on the wall.

Beer flowed freely from the legendary Free Beer Tap.  Beer is free at this marina, all day, every day.  And there’s free wine at Happy Hour on Mondays, Wednesdays, and Fridays.

A slightly addled-looking turkey managed the beer and wine station.  That’s about how I looked after eating as much as I did. 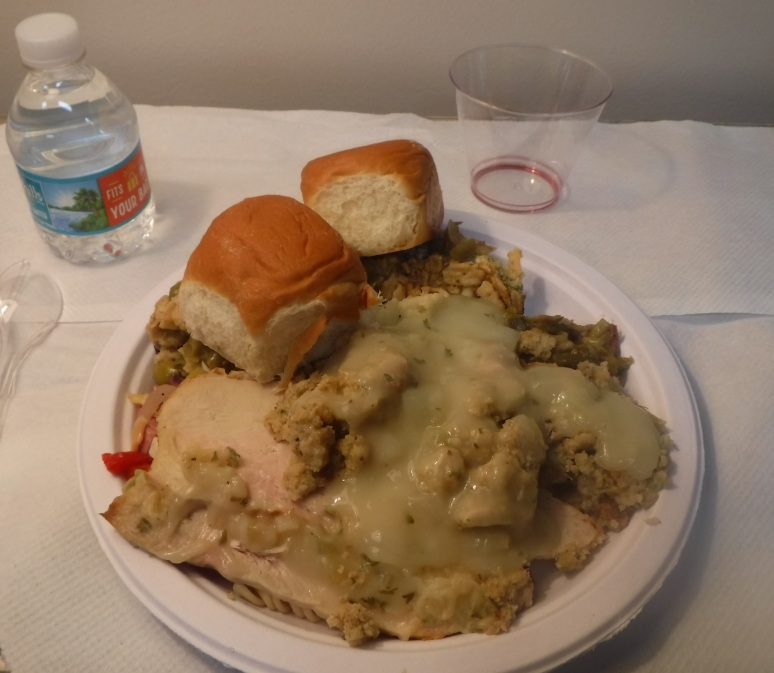 The Captain’s meat-atarian plate.  If you look veeeeeeery closely, there is a tiny hint of green vegetable smothered in copious amounts of turkey gravy.

My vegetarian plate.  I didn’t photograph our dessert plates so that we could retain at least some shred of dignity.