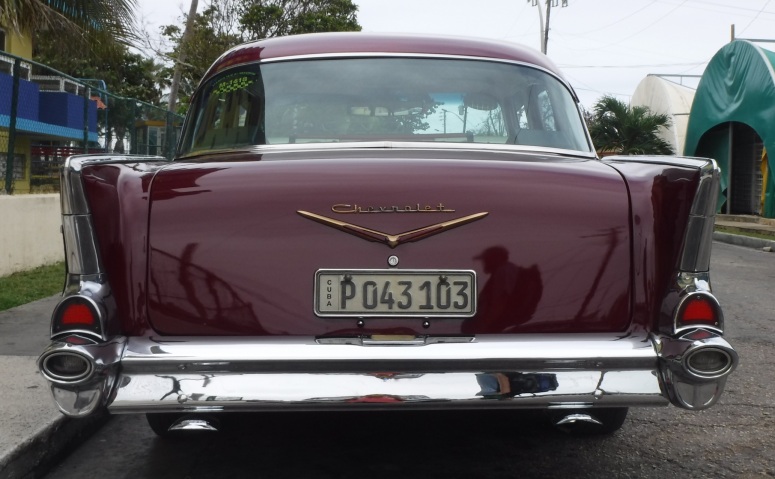 We knew that Varadero would not be representative of Cuba as it primarily a tourist area, filled with resorts and hotels.  It is the place were many Canadians and Europeans vacation, and the city (and to some extent the entire peninsula on which it sits) cater to tourists.  I think the best way I can describe it is as Disneyland Cuba.  There are beaches and lots of restaurants and shops.  It is spotlessly clean and generally well-maintained.  All in all, it is an interesting and pretty place to visit, but it in no way reflects typical Cuban life and society.  But Varadero’s focus on tourism has had an effect not only on prices but on the currency itself.  To explain, I have to insert a short economics lesson here. 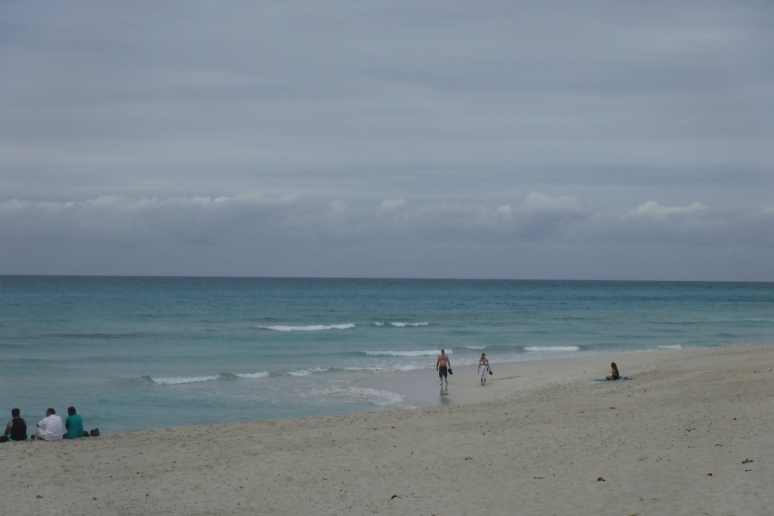 Rest your eyes on this pretty beach before we begin our lesson.

Cuba has two official currencies, the CUP (“national peso”) and the CUC (“Cuban convertible peso”).  CUP is Cuba’s national currency and can theoretically be used anywhere in Cuba.  The CUC was introduced as a currency to be traded in international markets and to be used by foreign visitors.  There are roughly 24 CUPs to the CUC.  $1 CUC is equivalent to $1 USD, and $1 CUP is equivalent to $0.05 USD.  As a further complication, there is a 10% penalty assessed against the exchange of a USD into Cuban currency (politics), plus a 3% exchange fee, so a USD is actually worth $0.87 CUC.  Visitors can exchange their native currency for both CUPs and CUCs and use whichever is appropriate.

As a loose rule of thumb, CUPs are used by Cubans for their day-to-day living expenses and purchases, and CUCs are used by foreigners in places predominantly intended for tourists.  In general, paying in CUP is less expensive than paying in CUC.  Initially, Cuban nationals were barred from possessing CUCs.  Some years ago, this restriction was lifted, and the use of CUCs has gradually crept into transactions that would historically have used CUPs.  This is relevant because many people’s salaries are still paid in CUPs.  In essence, the effective price of commodities has increased (by the use of a more “expensive” currency) without a commensurate rise in wages.

We saw this in action in Varadero, where it seemed everything was priced in CUC.  Commodities that normally would be priced in CUP, such as vegetables at the farmers market, were priced in CUC.  Even when people paid in CUP, their change was given in CUC.  There were some shops that listed prices in both CUP and CUC, but those were rare.  It was interesting to us to see how economically firewalled the region was by the combination of inflated prices and “tourist” currency.

Lesson over, and on to some pictures. 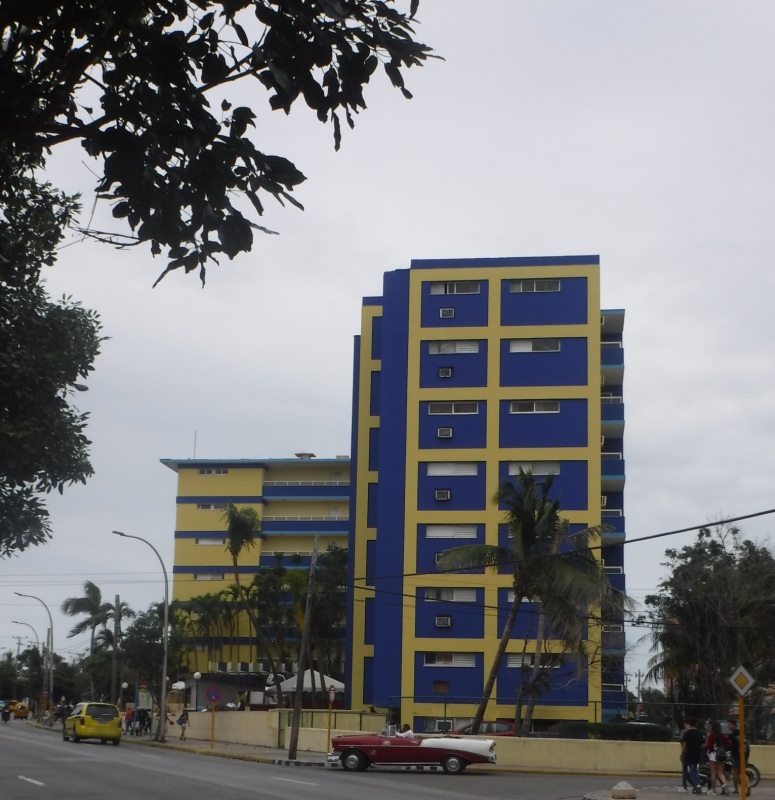 Most of the buildings in Varadero were very brightly colored.  This hotel/condo/apartments looked like a giant advertisement for Ikea to me. 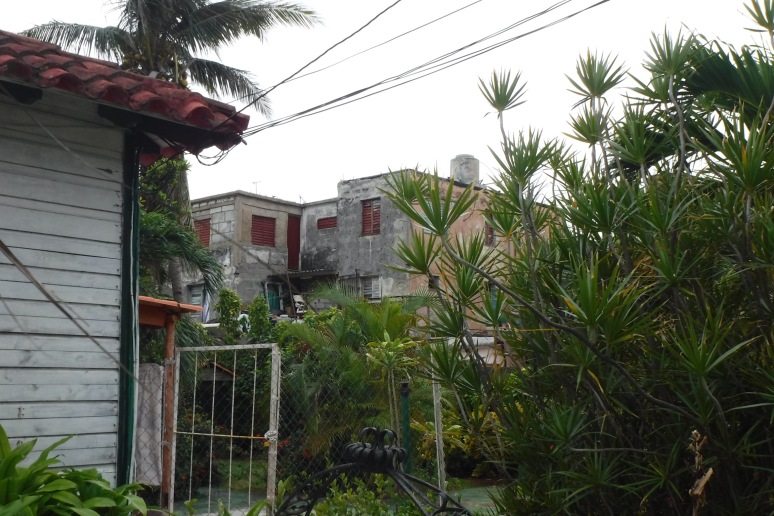 Houses are nestled in lush tropical plants, none of which I recognize. 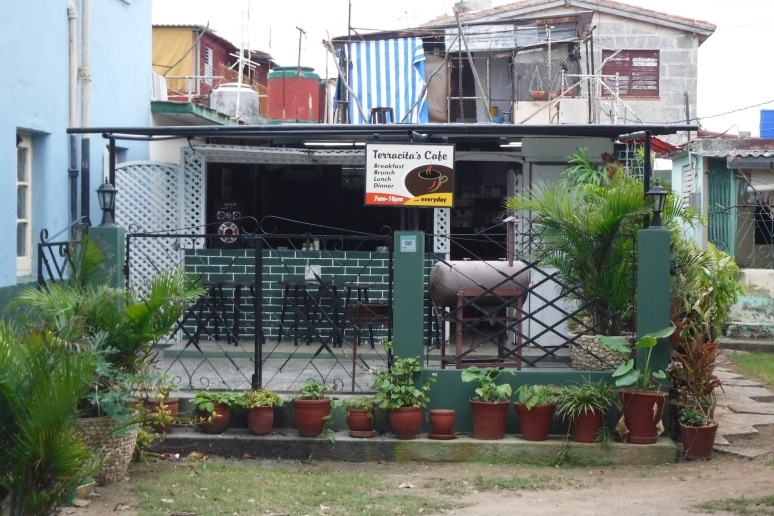 Varadero was full of little coffee shops and places to eat. 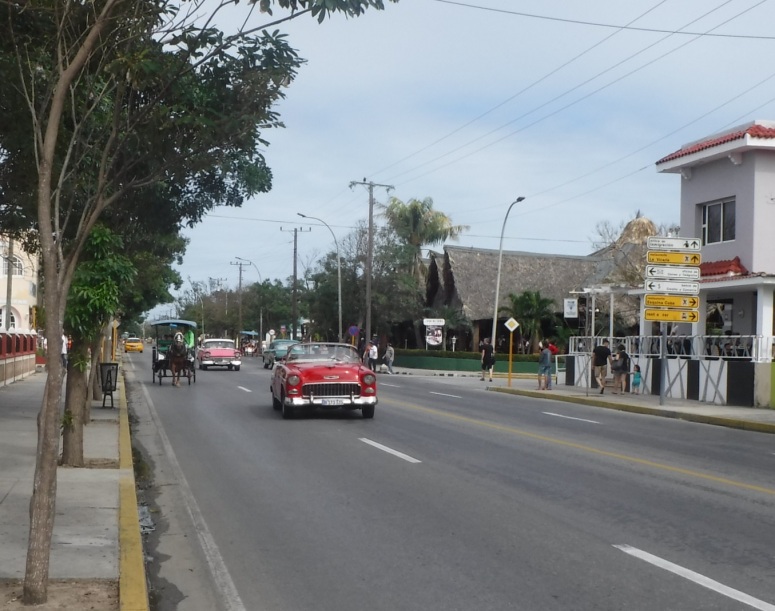 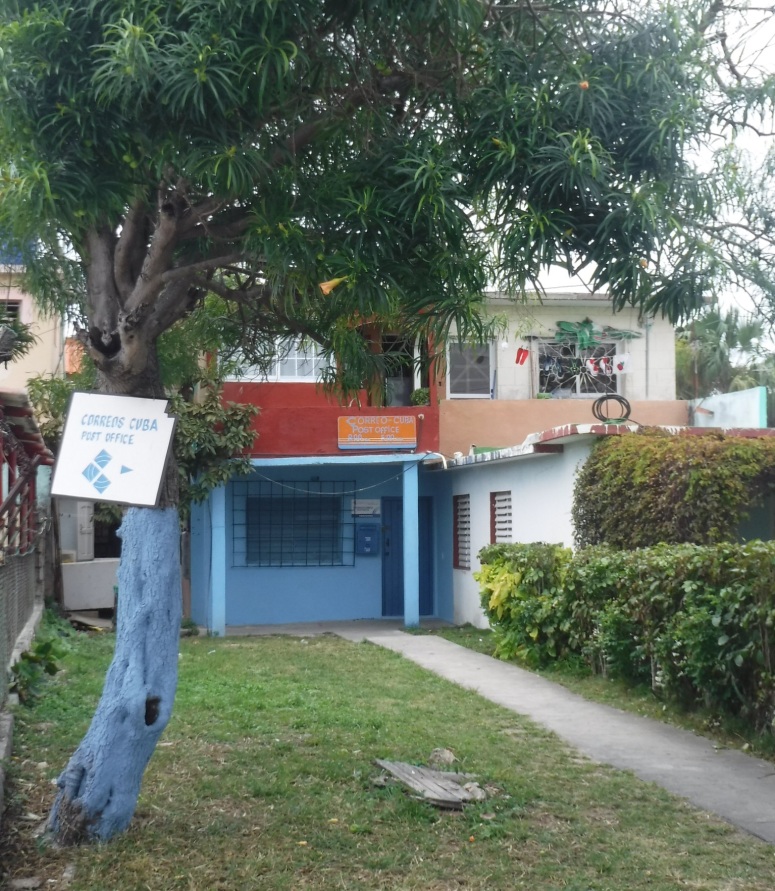