There are tons of options for wheeled transportation-for-hire while in Cuba, whether it’s a horse drawn cart, a pedal cab, the bus, little yellow balls (you’ll understand when you see the picture), and, of course, antique cars.

We took the double decker tourist bus in Varadero and found it clean, comfortable, and on time.  It was 5 CUC ($5.65 USD) per person and allowed for unlimited on/off all day.  Bus stops were frequent enough so that you didn’t have to walk miles between stops. 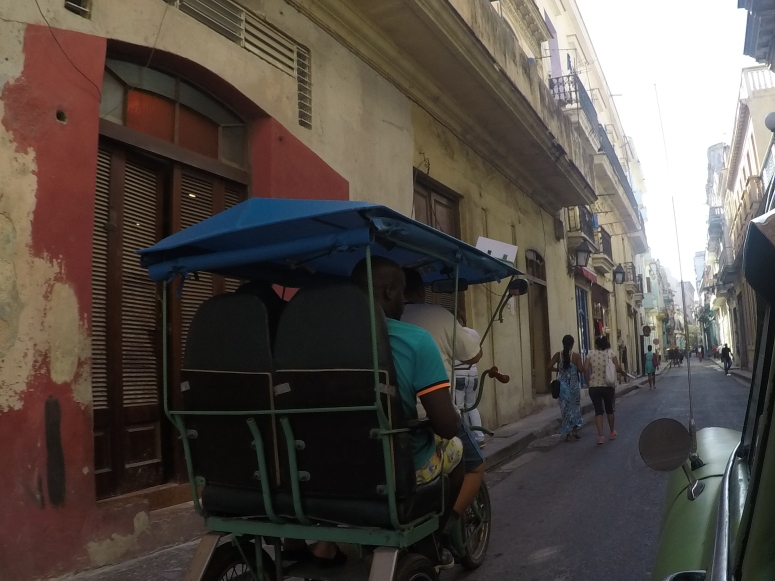 Pedal cabs were very popular in Havana, especially on side streets. 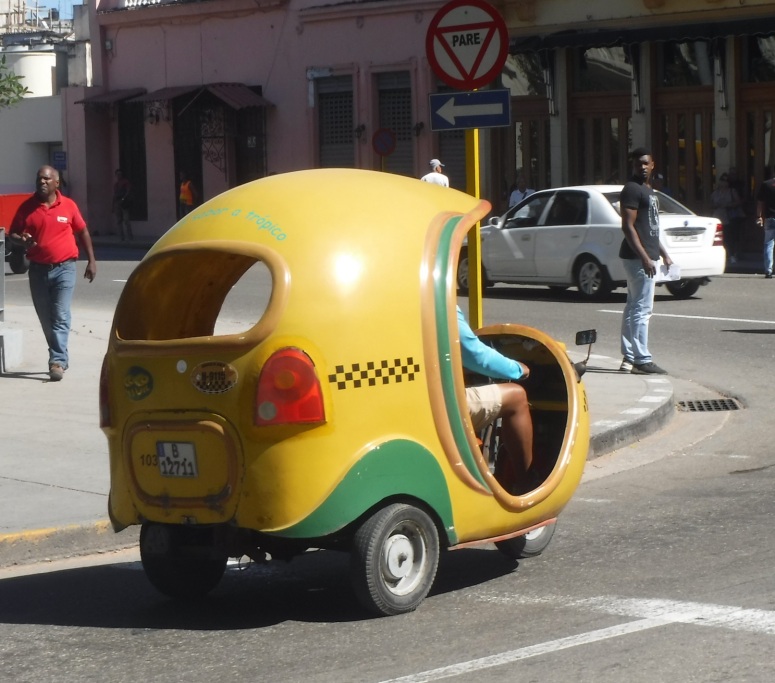 The yellow ball cabs were everywhere, too.  What’s funny is the driver wears a helmet, but not the passenger.  These remind me of those little football helmet cars, and I always got a laugh when I saw one.

There is a taxi hierarchy for cars.  On the top are pristine American convertibles; they command higher prices and are frequently used for day-long tours. 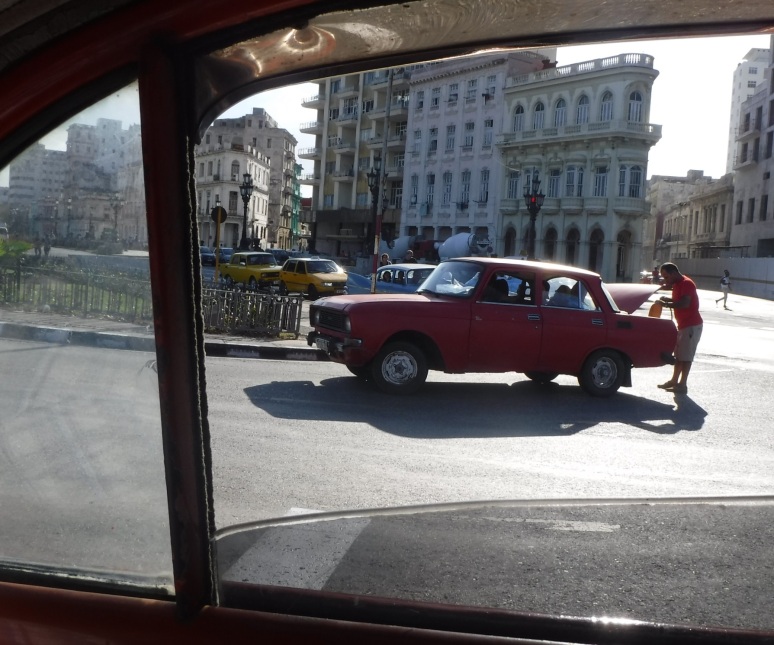 On the bottom of the taxi ladder are Soviet Ladas.  This taxi driver ran out of gas and was refilling in the middle of the road.

By far our favorite, of course, were the taxis.  We took taxis for our two trips to Havana from Marina Hemingway; the distance was about 10 or 11 miles.  Each leg of the trip ended up costing 20 CUC ($22.60 USD) after I negotiated down from the drivers’ inevitable opening offer of 25 CUC.  The first day we went to Havana, we shared the taxi with our friends J and J on s/v Aeeshah, so that made it ridiculously inexpensive.

This driver was covering all his bases for luck–a Cuban flag, a Turkish evil eye, a small saint, and a bag of something-or-other.

Each time we took a taxi, we were in wonderful old 50’s era American cars.  The ingenuity of the drivers was amazing; the cars were generally modified in one way or another.  Some had Soviet diesel engines (or even tractor engines).  They were extremely proud of their cars, as they should have been.  Our last taxi even had a bolt-in air conditioner that made the ride a dream.

Most of the taxis we took had the front seat braced with one of these airline cargo straps, bolted to the car’s frame.  And seatbelts? Hah.  Just hold on tight.

Our drivers were friendly and made an effort to show us interesting sights on the way.  Some played music, and some practiced their English while I practiced my Spanish.  All in all, it was a very fun experience and well worth the small price.

David picked us up outside the Museo de la Revolución and excitedly told us about the filming of The Fast and the Furious along the Malecón.