We spent two very full days visiting Old Havana, and even after that, I’m not sure how I would describe it.  The areas we explored were full of opulent old buildings, dripping with complex and detailed architectural accents; those buildings were cheek-and-jowl with towering apartment buildings with balconies festooned with laundry, plants, and toys.  Add to that jostling crowds of tourists and locals, dogs and cats prowling the streets, and heavy traffic, and the closest analogy I can come up with is New York City.

. . . old, skinny, multi-story apartment buildings lined with balconies rising up on both sides of the street

. . . vendors setting up their wares on the bottom steps and narrow entryways of apartment buildings

. . . blue plastic cisterns for storing water on the roofs of even the most modern buildings

. . . the hot sun beating down but shade under huge palm trees and deciduous trees

. . . packs of school children in their uniforms, toting backpacks and shouting to one another in the universal way of children everywhere

. . . the scent of the sea and of hot asphalt, of diesel fumes and hibiscus flowers

When we got hot and tired, we stopped in the Hotel Sevilla’s lobby cafe for drinks and people watching.

Old Havana is chock full of museums, and to visit them all would take weeks.  The crown jewel of museums is, of course, the Museo de la Revolución, which was the Presidential Palace before becoming the museum chronicling the events immediately before, during, and after the revolution.

The Museo de la Revolución in all its glory.  It is truly a magnificent building.

You know it’s a cool museum when there’s bullet holes in the wall.

One of our favorite places to walk was the Calle Mercaderes (Merchant’s Street), a cobbled street that has been restored by the City Historian’s Office to mimic its appearance in the 18th century.  The street is a pedestrian walkway and is lined with shops, museums, and restaurants. 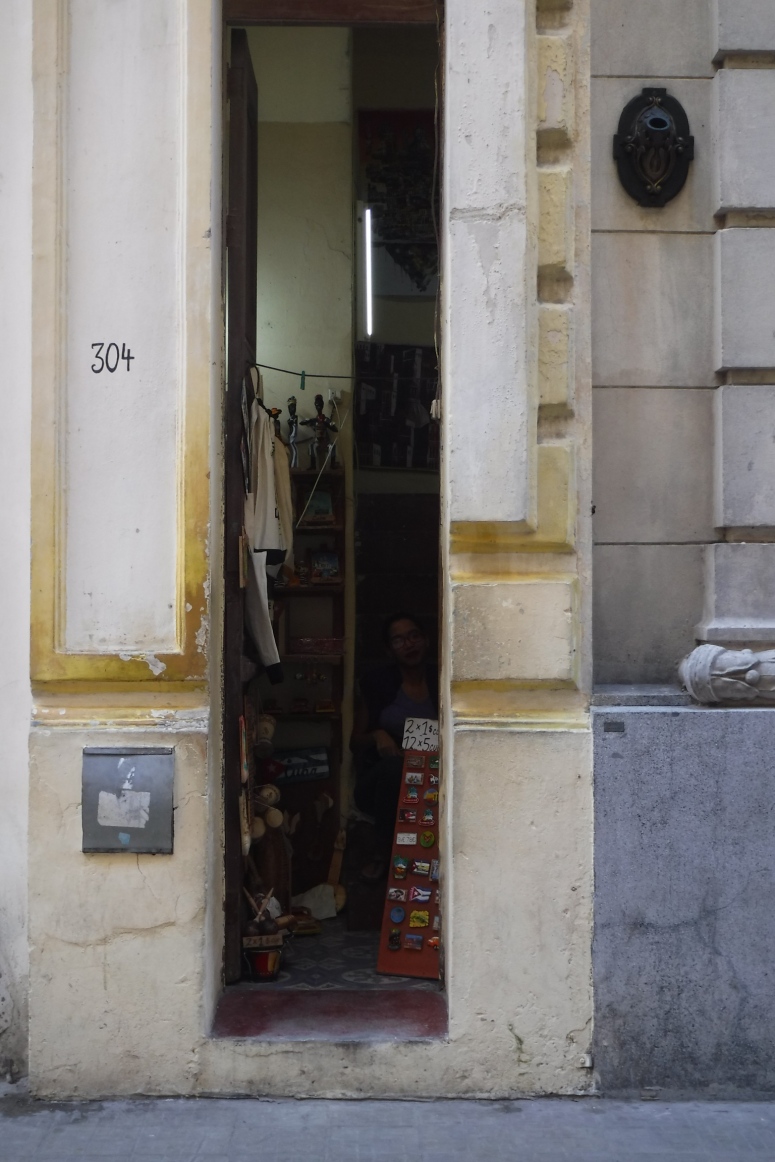 We saw so many people selling small items and trinkets in the entry of apartment buildings.  Just another example of Cuban ingenuity.

One of my favorite shops was Habana 1791, which handcrafts perfumes from the twelve scents used in Colonial Cuba:  rose, tobacco, jasmine, orange blossom, sandalwood, citrus, vetivert, lilac, patchouli, lavender, violet, and ang-llang.  Most, if not all, of the flowers are harvested on the island and dried in-house.

As lovely as Old Havana is, I felt a pervasive sense of decay, of grit and crumbling.  While many of the buildings are striking, in general they aren’t well-maintained.

My impression is that is a result of lack of resources rather than a lack of ambition.  Cubans seem to be a hard-working people, and we did not see groups of able-bodied people just standing around, letting the day pass.  What we did see was people hustling with a sense of purpose, whether it was a uniformed government worker or a lady scrubbing the gutters with a bucket of water and a long-handled brush.

Think your job is tough? Try mowing the grass with a machete. 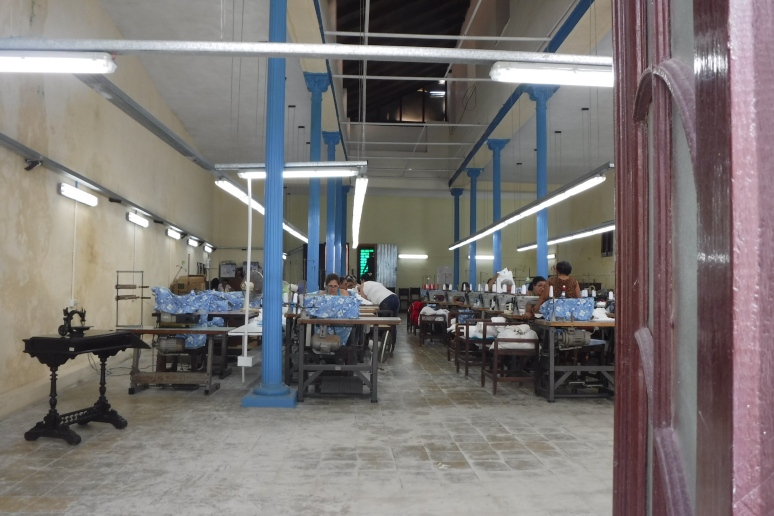 Havana, in all of its contradictions, is a lovely city well worth visiting.  We can’t recommend it highly enough and can’t wait to go back.

Our two short weeks in Cuba were over, so it was time to return to Marathon and get set for our trip to the Bahamas. We were so very glad that we seized the opportunity to visit such an exciting country.  Cuba has a lot going for it, first and foremost its people.  The Captain and I are well-traveled, and we both agree that we’ve never been to a place with people so genuinely friendly.  We absolutely plan to go back.