We are amateurs at cruising the Bahamas.  We had a million and one questions before we left, and we have only slightly fewer now, but we did learn a few broad lessons.  One caveat is that we traveled primarily in the Abacos, which is more populated, so our experience must be viewed through that lens.  That being said, here’s a non-exhaustive list of what we learned.

Courtesy flag:  Don’t buy a cheap courtesy flag.  We got one for about $15 off of Amazon.com, and it looked like hell after two weeks.  By the time we left, it was a shredded mess.  Never again.

For cruising guides we used the Waterway Guide: Bahamas and Cruising Guide to Abaco, Bahamas, by Steve Dodge.  They were both helpful.  We also had The Exuma Guide by Steven Pavlidis but didn’t make it down there this time, so we really can’t comment on it.

Anchoring:  We had no problems with dragging using our 55 pound Rocna anchor and all chain rode.  It’s important to pay attention to the type of bottom when dropping the anchor; even though the water is usually incredibly clear, it’s not always easy to tell the bottom type.  Sand or sand over coral marl look similar from the surface.  Once we anchored, we hopped in the dinghy and used our “lookie bucket” to make sure the anchor was set properly. 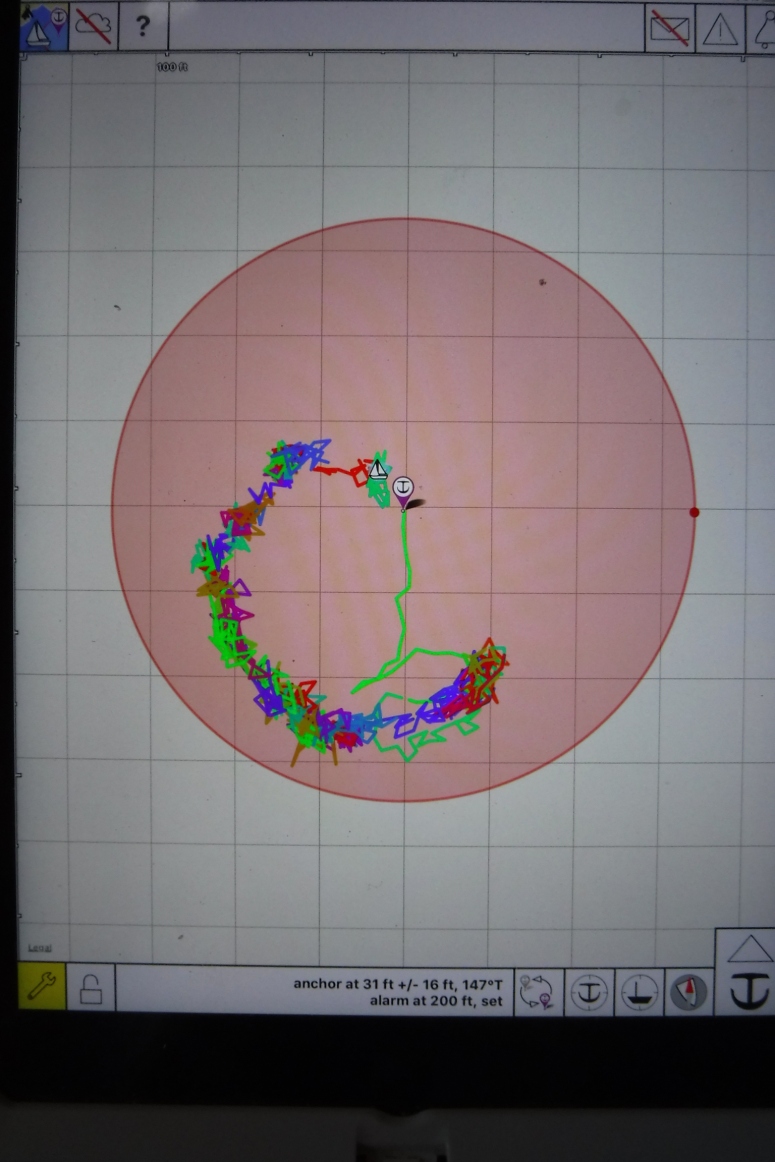 The anchor alarm app on our iPad tracks the boat’s movement around the anchor the entire time we’re in one location.  It’s neat to see how much movement there is due to tides and currents.

We never had to use a Bahamian moor, but we also never anchored in a restricted swing area with very strong currents.

When choosing an anchorage, be aware that there seems to be a “movement schedule,” especially among the charter boat crowd.  It seemed that people eat breakfast and start leaving anchorages around 10:00 AM.  By 4:00 or 5:00 PM, a wave of boats start rolling into the anchorage.  If you are headed to a popular anchorage, you may want to consider getting there in the early afternoon if the tide and current allow so that you’re not jockeying for a spot.

On that note, bear in mind that the size of a boat does not reflect a skipper’s experience or proficiency.  We saw many a large vessel piloted by someone with little skill.  If someone anchors too close, don’t hesitate to politely let the other boat know and ask them to move.  If they won’t move, for your own peace of mind and safety, don’t be bashful about moving.

Weather:  We subscribe to Chris Parker’s email forecasts and received the Bahamas and Florida forecasts daily.  We also use the PredictWind Offshore app.  Both were essential for wise decision-making and proved to be accurate.  We accessed our email and the PredictWind data either using cellular data on our iPad or via satellite on our Iridium GO! (both are discussed below).

Fuel:  Diesel is widely available and is at about a 50% markup from south Florida prices.  We filtered the diesel as we pumped it into our jerry jugs; there was some water and debris left in the filter each time.  We then filtered the fuel a second time when putting it into our tank.  We had no performance issues or problems when using that dual-filter technique.

Water:  Plan on having to pay for water.  Even when we stayed in marinas, we were usually charged for water, either metered by the gallon or as a flat fee.

And remember, not all water is created equal.  We quickly learned that there is an art to asking about whether to drink the water provided.  Is it reverse osmosis? If so, that’s drinkable.  Is it “city water?”  If so, follow up with, do you drink it? You’d be amazed at the variety of responses; some will say yes, some will say lord no, some will say in tea or coffee only, some will say for dishes or cooking only.  Just because it’s municipal water doesn’t mean it’s necessarily what you want to drink.

We drink the water in our tank; not everyone does.  Bulk drinking water (e.g. RO water) that we could pump into jerry cans wasn’t always easy to find, but we found it with enough frequency that it was never a panic.  If you have a water maker, you’re on easy street. 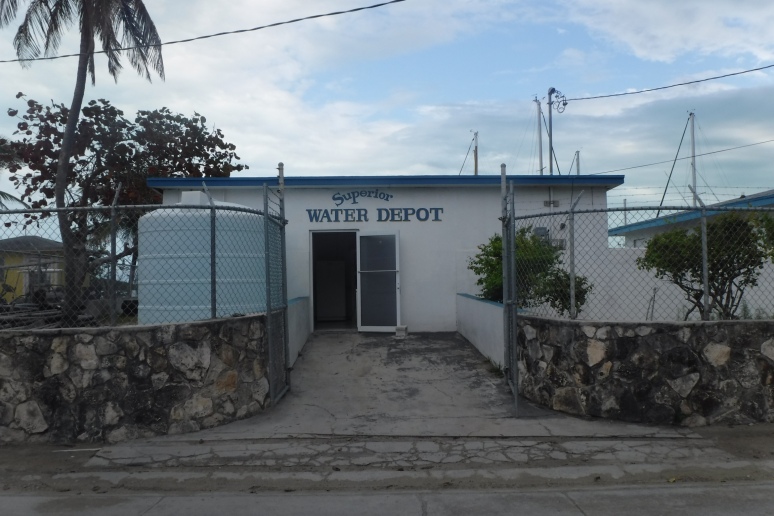 We saw several islands with a “water store” selling RO water.  It’s good to know where they are in case bulk RO water is unavailable.  It would stink, but getting 5 gallon jugs of RO water and carrying them through town to your boat is better than nothing.

Using a cell phone or tablet:  We have an unlocked iPhone 6 phone and an iPad.  We took out our Verizon SIM cards from each and inserted SIM cards from BTC, the Bahamas mobile provider.  This allowed us to use the cellular data network on both devices while we were in the Bahamas.  It was seamless and easily managed.

The days of SIM cards being difficult to find in the Bahamas are over (if they every really existed).  Because we didn’t know this at the time, we chose to purchase a BTC SIM card while in the US so that we could have cellular service as soon as we reached the Bahamas without having to go ashore.  While there’s certainly nothing wrong with that, make sure you understand the costs involved and the activation process.

BTC has a variety of prepaid plans available; they change with some regularity, but the current plans are available at www.btcbahamas.com/explore/mobile/prepaid. It is incredibly simple to buy more airtime or data, either on the internet, on the phone itself, with customer service on the phone, or at pretty much any store in the Bahamas.  You can’t swing a dead cat without hitting a “TOP UP HERE!” sign.   We weren’t sure how much data to get, so we went small and then topped up as necessary. 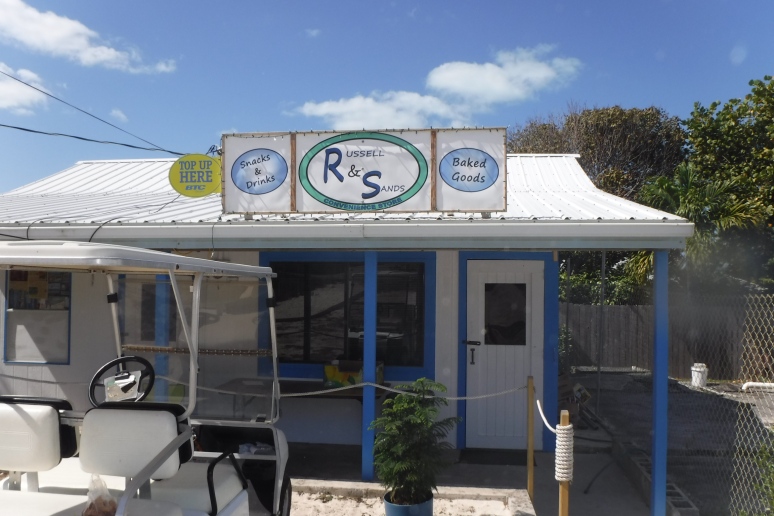 Just look for the ubiquitous yellow “TOP UP HERE” sign.  It seems like they are on virtually every business.

Internet and wifi:  Open, free wifi is hard to find outside of a café.  Wifi signals are generally weak, even in marinas.  We have a Wirie signal booster, and while that helped, even that wasn’t enough to make the internet dependably useful.  If you need a strong and reliable internet connection, consider budgeting for cellular data with BTC.  There’s also Bahamas WiMax; we saw that available pretty much everywhere we went but didn’t research the costs.

Satellite devices:  BTC cellular coverage is not as comprehensive as you’d think.  Even in the Abacos, there were many places where we “had no bars.”  We have an Iridium GO!, and prior to leaving the US, we activated the GO! Unlimited plan from www.satphonestore.com.  This is the plan we use when travelling offshore as it offers unlimited data, which is critical for downloading weather files.  We used our GO! more often than I would have expected, and it was essential on two separate occasions (entering Nassau harbor and contacting BASRA for another vessel).

Banking and fees:  It’s hard to know how much cash you will need, but you will need cash.  American dollars are interchangeable with Bahamian dollars, so there’s no need to convert your USD to Bahamian currency. 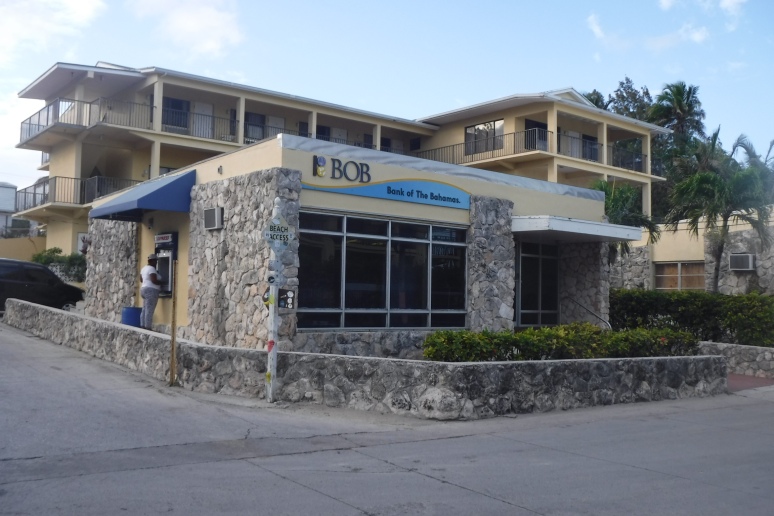 There’s never a problem finding a bank–it’s just finding the one you need that can be the issue.

Be aware that the Bahamas charge a VAT (value added tax) of 7.5% on everything.  Everything.  Always ask whether the price includes VAT, from the grocery store to your marina bill.  That 7.5% adds up quickly. 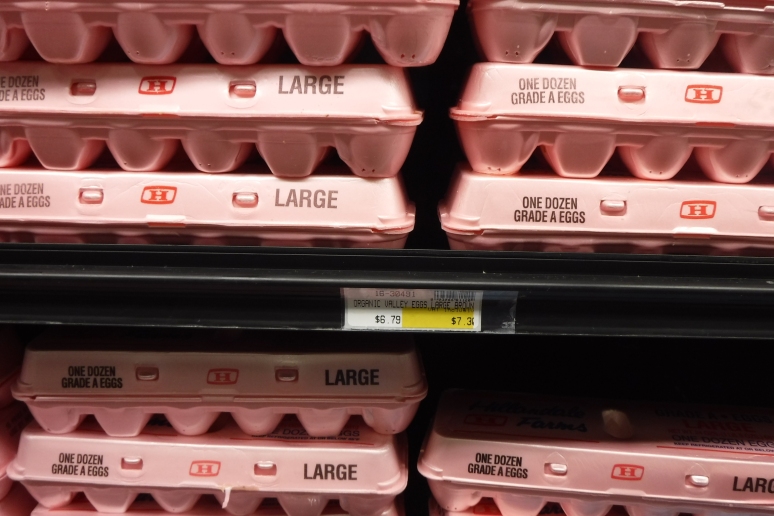 Boat maintenance supplies:  Expendable supplies such as filters, oil, and fuel treatments are available but at ridiculously expensive prices.  We saw a minimum of 200-300% markup, and in some places it was much higher.  Want to pay $18.95 for a can of SeaFoam? Or how about $35.95 for a tube of LifeCaulk?  Bring your own if you expect to use it.  Hell, bring your own if you even think you might use it. 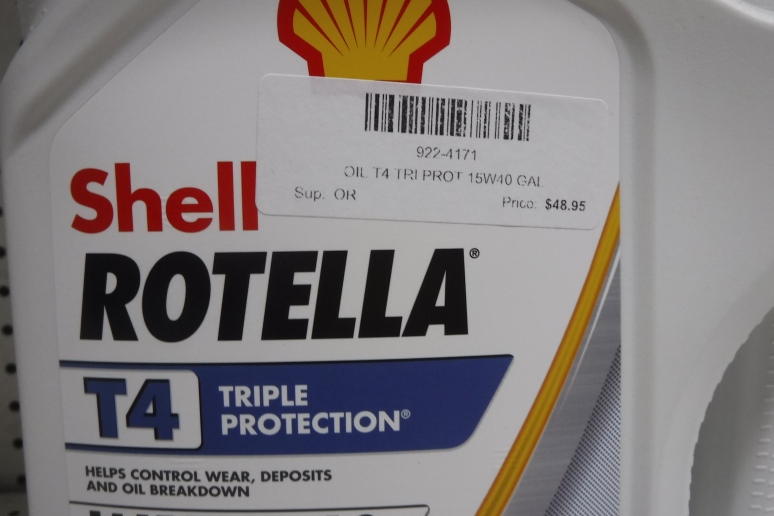 Yes, you read that correctly.  This is the same gallon of oil that costs around $14 at Walmart.

Grocery prices:  For many convenience foods, we saw a minimum of a 100% markup from typical south Florida grocery prices.  For foods used to actually cook a meal, we generally saw between a 25% and 50% markup.  You can really save money by cooking meals from scratch.

Beef and pork were widely available and were at prices comparable to south Florida.  Chicken and processed meats (such as sandwich meat) were expensive and were brands that in the US, we’d consider marginal quality.

The Bahamas had the cheapest milk I’ve seen in a long time; other dairy products were generally available.  They were more expensive than US prices, but not outrageously so other than block cheese.  The least expensive block cheese we found was bulk Kerrygold Irish cheese cut from a wheel into pound-ish blocks and wrapped in cellophane, and that was about $5 per pound.

Root vegetables (potatoes, onions, carrots) and green bell peppers were always available at a good price.  Tomatoes, zucchini, and limes were easy to find at a reasonable price.  Leafy greens, broccoli, cauliflower, and most fruits were very expensive. 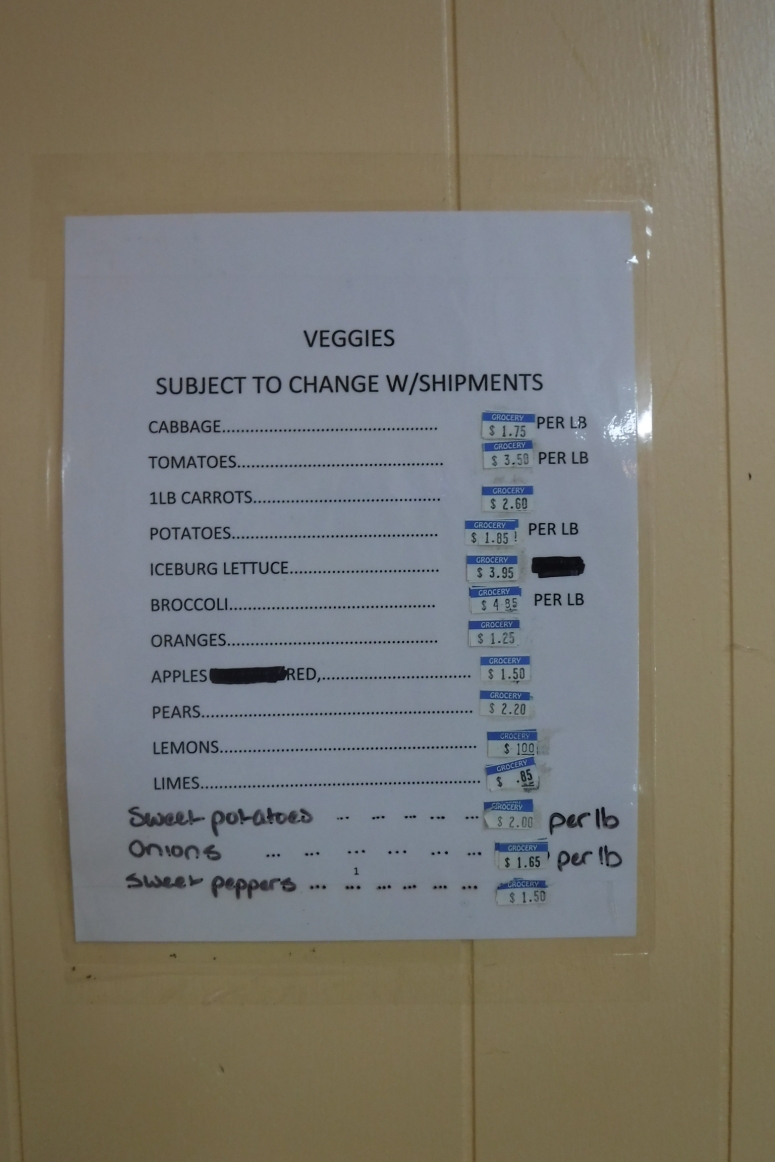 Low hanging fruit:  The fastest way to save money is to bring certain categories of provisions with you.  Things that we saw that were hugely marked up were beer, chips, crackers, cookies, nuts, dips, coffee, and international cuisine (Asian and Latin, primarily).  As an example, a box of Cheez-Its costs $8 on pretty much every island were visited. The same goes for paper goods and name-brand cleaning supplies; bring all of the paper towels, toilet paper, paper napkins, and paper plates you think you’ll need unless you want to pay $4 for one roll of toilet paper. 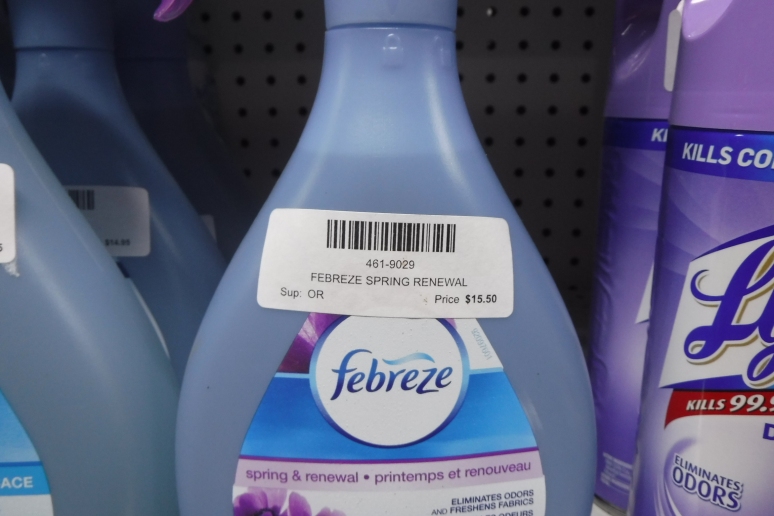